An important part of casting circle, working magick, or even meditating is making sure your ritual space is consecrated and “spiritually cleansed.” One way to cleanse such a space is by burning resins like myrrh. Myrrh has been used for thousands of years by people for purification and its cleansing properties. It was used as far back as the time of the ancient Egyptians, prior to their rites and was even mentioned in the Bible as a gift from the Magi (“wise men”) to Jesus after his birth. Use these ancient resins before or during your magical workings or meditation as a way to connect with the past and purify the present. You can also use these resins as ingredients to make your own incense with. One could also use resins with casting herbs, in offering bowls as well as charms too.

Myrrh is a resin that comes from a tree. It is in essence “hardened and dried sap.” Each pack contains high grade myrrh resin.

Correspondences:
• Myrrh: A resin with lunar properties and corresponds to the element of water. Myrrh is used for protection, exorcism and spirituality. When burned as incense, myrrh purifies the area and lifts vibration. Usually not burned by itself, myrrh tends to raise the vibration of other incense it is being burned with. Use myrrh to also consecrate, cleanse and bless objects or places. 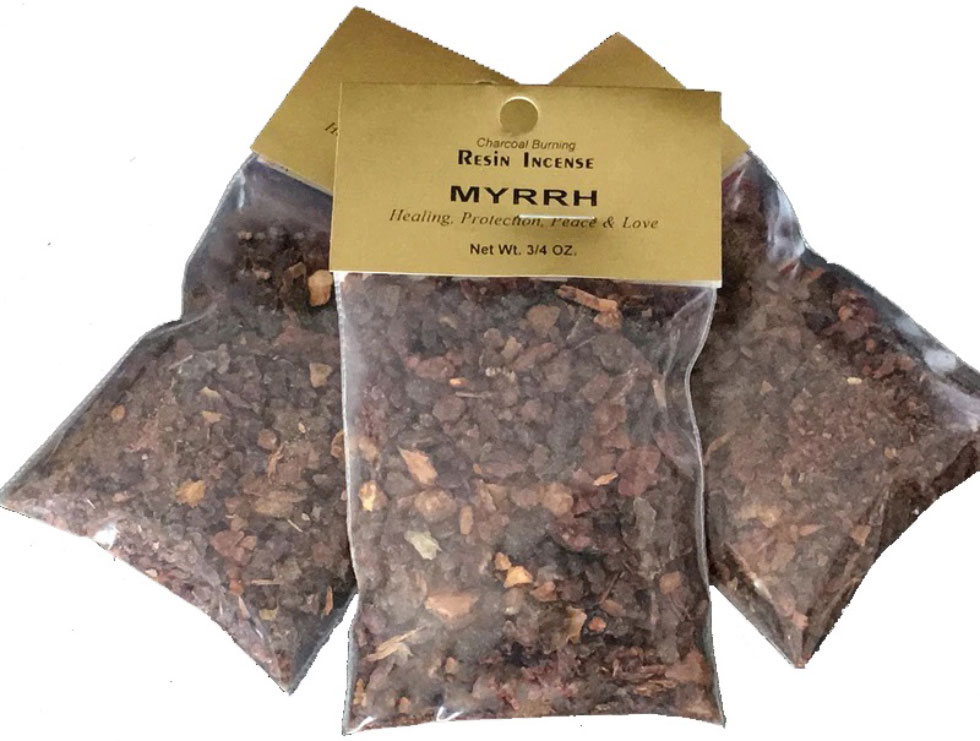